Medieval Europe’s cathedrals were the quintessential representations of the Catholic Church’s temporal wealth and power. They’re monuments to centralization, representing the sum of many years of human effort and creativity for entire cities and regions. Today, some exist unchanged from their medieval form. In contrast, others cease to exist — torn down amidst the anti-clericalism during the Reign of Terror, destroyed in the World Wars, or abandoned to their fate.

In unbuilt, generative artist Jacek Markusiewicz applies the rules of sacral architecture to imagine 256 cathedrals that exist on the blockchain. Unlike their medieval counterparts, they are immutable - their stone cannot be worn away by time and age, their foundations cannot be shaken, and their walls cannot crumble… 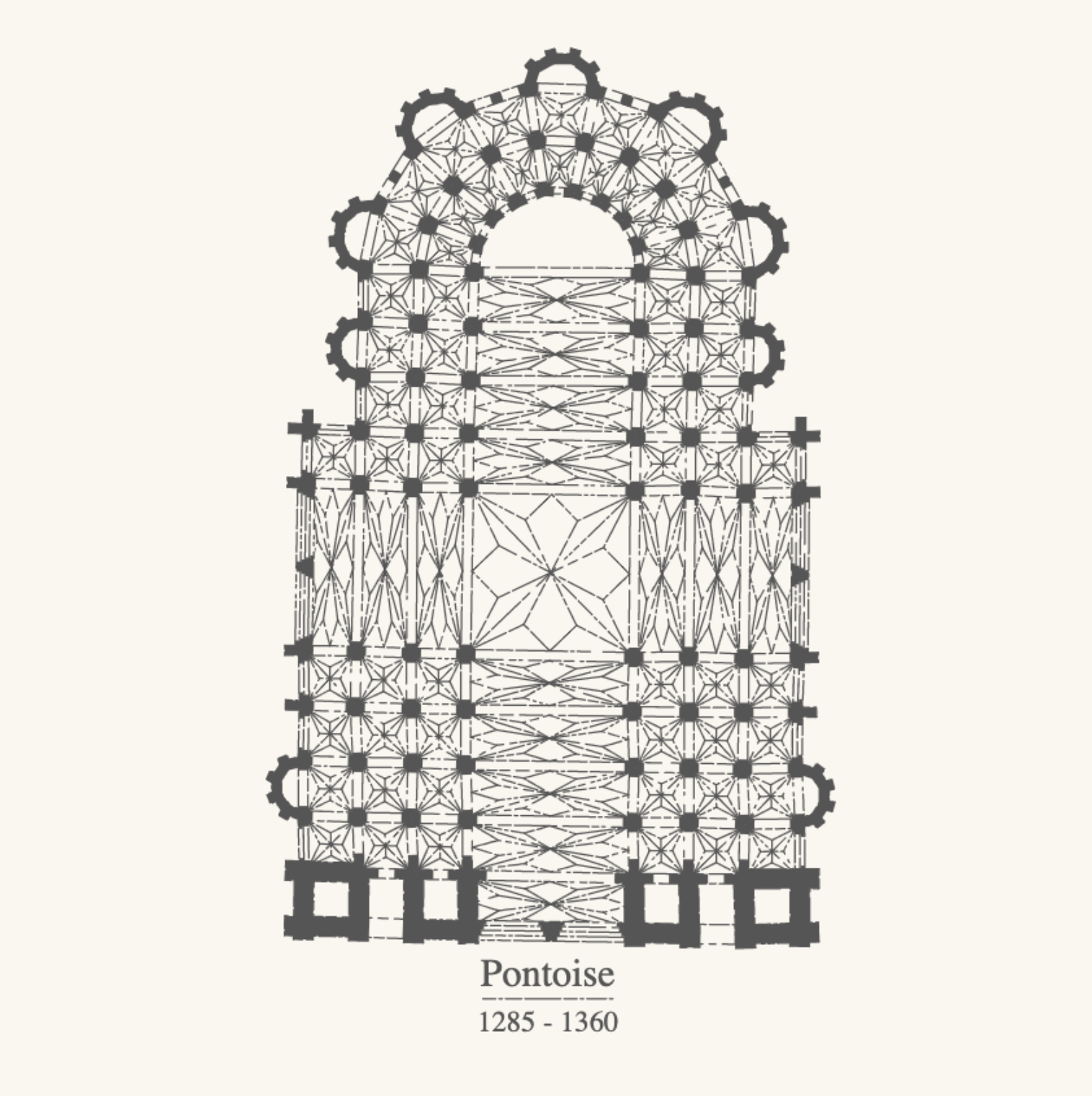 In the same breath, their pews will never be worn to a polished sheen, their stained glass will never catch the morning light or inspire the faithful, and their halls will never be a shelter in a storm.

Today, we live in another period of high centralization — the first quarter of the 21st century has seen the continued consolidation of political, military, economic, and cultural power in the hands of the few. Each unbuilt serves to remind the viewer of where we have been as a human society, the paths not taken, and the seductive power of extreme centralization.

The decentralization that is a hallmark of blockchain technology, and the crypto-economic systems they enable, is a harbinger of societal change. There’s a real chance we stand on the precipice of another renaissance — one brought on by crypto.

As the refrain goes, “we are early.” We should take heart that humanity has been here before and that periods where the pendulum swings towards decentralization, while chaotic, give rise to societies where human creativity can truly flourish.

This is a journey through architecture that never existed. Inspired by the grammatical rules behind French sacral architecture of the Middle Ages, this generative tool is meant for creating a collection of 256 plans of fictional buildings. Each plan is a unique variation on semantic relations between architectural elements: from a regular composition resembling existing churches to a dynamic aggregation of vaults, columns and chevets. But always following the same set of rules extracted from multiple examples of gothic cathedrals. Every church has its place and time in which it could have been built in an alternative series of historical events. This artistic tribute to the research of Stiny and Mitchell about Palladian architecture or Duarte's work about Siza takes the topic of formalizing architectural language onto a lighthearted level by moving it to a slightly imaginary world. To zoom, press a mouse button when over the image or touch the screen. To pan, keep the mouse pressed and move it around.
MINT ORDER SORTING
26AVAILABLE
163COLLECTORS
512
PRIMARY
14194.199999
SECONDARY
147SOLD
777
ALL TIME HIGH
520.5
MEDIAN
250
FLOOR
1
2
3
4
5
6
7
8
9
10
11
12
13
14
15
16
17
18
19
20
21
22
23
24
25
26
27
28
29
30
31
32
33
34
35